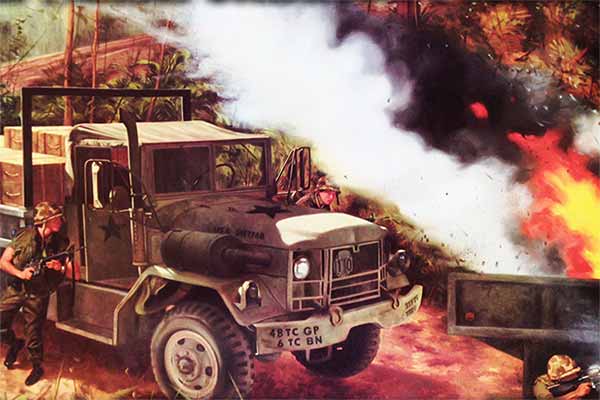 Illustration to the left. The 319th Transportation Company returns fire when one of their trucks in the convoy is disabled during a Viet Cong ambush. The unit is transporting ammunition and rations to the First Infantry Division near the Cambodian border. Between September 1968 and July 1969, the 319th was ambushed seven times.


This is the story of the deployment of the 319TH Transportation Company out of the CSRA:

The United States military activated 42 units of the Army Reserves in 1968, with only 35 units actually being deployed to the Vietnam Conflict. The "319th" Transportation Company of the Central Savannah River Area was one of the select few units that were deployed to Vietnam.

In 1968 the reserve unit "319 Transportation Company" out of the CSRA was activated to go to Vietnam. These young men who had grown up together, lived in the same neighborhood, played together, attended grades 1st - 12th, attended college, were co-workers, married childhood sweethearts, and married sisters of other members of the company, were a close-knit unit, as all childhood friends become.

After leaving the CSRA they were sent to Virginia for their Vietnam training. At this time their company was changed from a light truck (2 1/2) unit to a medium truck (5-ton cargo) unit. In Virginia, they met SFC Grady Shoemaker, who used to tell the new young recruits, "I'm going to bring smoke on you young bucks". SFC Shoemaker became known as the "smoke bringer".

In Vietnam, they were attached to the 48th Transportation battalion and were joined by other civilian and military personnel from many different areas of the country and branches of the service. But more importantly, they had a young captain joining them in this commitment. His name was Paul D. (Drew) Troxler. And this is how the 319 Transportation Company became "Troxler's Truckers".

Once deployed to Vietnam and settling into their base camp at Long Binh, the second half of their company name was created, "Smoke Bringers", after then 1SG Shoemaker from Virginia. And this is how the unit became "Troxler's Truckers - Smoke Bringers". Fortunately, in this company of men was a talented reservist named Tommy Cooper who was able to draw their company logo.

The "319th" Transportation company hauled 92.375 S/Ton of supplies consisting of ammunition, rations, and other supplies to many different divisions covering more than 1.1 million miles. The company received a meritorious unit citation and numerous individual awards and suffered only one casualty.

These young men returned to the United States, their families, children, friends, relatives, and jobs in August 1969 after going through an experience that bonded them for life to other members of their unit. 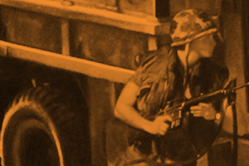 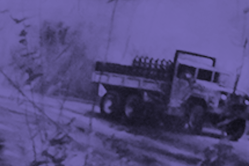 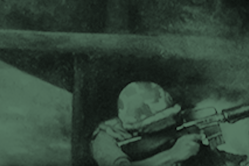 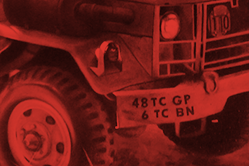